If Dreams are Choices, and Choices are Hard…

It is Friday night, and while some may think TGIF, I’m thinking SWIFA (Say What? It’s Friday Already?). This can be both good and bad, but I will certainly let you be the judge of that. Anything I did prior to today is a blur. I am swamped with homework and studying coming at me from every which way. The Mrs. has already pointed out that I’m certainly less available. And all I thought after she said that was: wait until I’m in law school.

I’ve certainly seen my time shrink and the saddest point is that this was somewhat a choice. I emailed my BFF earlier (did I just used the term “BFF?”), and at the very end of the message pointed out that I was sure she was having more fun than me. I mean, she’s in college too, in a sports team (no, she’s not a lesbian), and working part-time. But that still does not add up to my 15 units (11 of which are honor courses), plus my legal internship, and this law school process (prepping and taking the LSAT, writing about three different personal statements, filling out 10+ different applications, asking for letters of recommendation, etc.). The crazy thing is that she chose her path and I chose mine. No one put a gun to my head and told me to go to law school (unless you count my mother. Just kidding. Kinda). I could have chosen to be a gym teacher and things would have been a lot different (no disrespect to gym teachers’ curriculum).

There are a few things I’ve learned out of all of this though:

*Based on the silly stereotype that all lawyers are money-hungry, and heartless beings. A view I do not share; at least not always.

Time to Reveal My Identity?

If you don’t know it already, my biggest dream ever has been to write a book (well, really more than one). This is the case because I was a bookworm when I was little (and even still today). I didn’t have the sweetest childhood (though my mother and grandmother’s were worse than mine), and books were my only window to some sort of freedom. I knew then that I wanted to write stories for other people too.

Now the tricky thing is that even though being a writer would be a great thing, it isn’t the only thing I would want to do- hence why I don’t pursue it as a full-time thing. Rather I’d like it to be my outlet from something else… in my case, lawyering. Anyhow I did set up this ridiculous goal when I was little to write a novel by the time I graduated from high school. That didn’t happen, of course.

I have been writing things every now and then but nothing ever becomes something. I did write a screenplay a few years ago but after my third draft, I realized I didn’t like it anymore, and put it aside. Now with school and work, I hardly have time for anything. So I haven’t tried any writing in a while.

Today though, for no reason, I began to write a story on receipt paper. After using two long strips of it, I moved on to a notebook. And then somehow I had my story going. I realized that my problem was having unrealistic goals. This time I haven’t any. I am only writing, and maybe shooting for a short story. If anything else comes out of it, then I will take it- and if not, I’ll just keep trying.

However, I will tell you this. If something (as I really do think in my heart that this is something) comes out of this, and I get published (even self-published), I will have no other choice than to reveal the real name of the author behind these words to my lovely readers. After all, how else will I advertise myself?

Well, I’ve come up with this theory that people don’t purposely forget about their New Year’s resolutions. We all have busy lives, and following a list of things that add to the stress of what’s already there, isn’t something we’ll go out of our ways to remember. That’s why I’ve decided to have a box on my very homepage to remind me of my own resolutions- which I’ve renamed to goals. 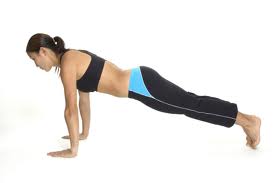 As far as that list goes, I’ve started with number 5. I will be playing tennis every Saturday, and soccer every Mondays. If I can get a friend to join me, I might add another afternoon of either tennis or soccer on Wednesdays. I’m sailing through number 6- aside from my textbooks I’m reading other books for my undergraduate research project. And 8, 9 and 10 are going better than ever.

I am aware that I still have a lot more work to do, but I want to be able to hold myself accountable for these things. I don’t just want it to be a January thing- because if that turns out to be the case, then it will also mean I’ll blog less. Not this year, my friends. I quit being a quitter!